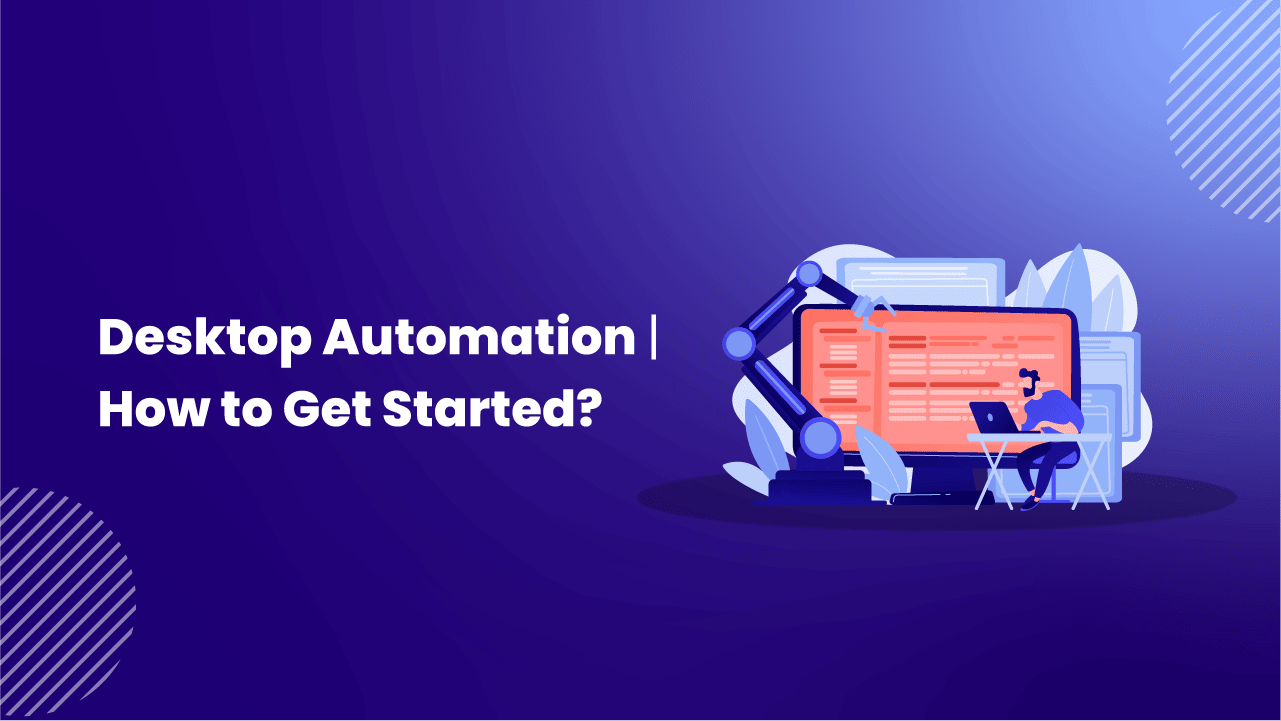 What is Desktop Automation? How to Get Started?

Have you also recently come across the term Desktop automation? Here is more what you need to know.

Most would argue that desktop applications are narrowly hanging on amidst the continued onslaught of web and mobile computing. Yet there are many reasons why desktop applications make the cut. These span from the simple convenience of working offline and accessing massive knowledge bases around the workflows to empowering users to have ultimate control and flexibility over their computing tasks.

Analysts believe the desktop software market size to triple by the year 2028. The market value was $2022.9 million as of 2021. This is due to the continued advancement of user interfaces, strategic upgradation of systems, and the requirement for more sophisticated applications. Of course, the cultural shifts also play a critical role, with the changes brought about by the Covid-19 pandemic being persistently cited as the prime catalysts.

However, testing these applications is an altogether different game. First off, these applications run the most complex and sensitive computer systems. Yet end up having a wide range of compatibility issues. Since they operate in a very different environment, they need to be tested under various conditions and scenarios. This can be challenging when it comes to managing the desktop testing process. Plus, their vulnerability to changes in the OS and the underlying hardware needs consideration.

And this is where the idea of desktop automation comes into play.

Topics covered in this article:

What is Desktop Automation?

Essentially, the idea is to ensure constant testing of the underlying application so that it doesn’t break or malfunction when faced with a change in the workflow, scale, or purpose of the operation. This might sound like a cliche testing mantra, but it’s particularly relevant with desktop-based systems that adhere to a set of configurations and underlying conditions.

The fact that desktop applications become more vulnerable to changes in their environment is a major concern. The main reasons are maintenance, modification, and testing process for applications that are time-consuming and expensive. Automation, thus, becomes a necessity, especially when the application is mission-critical.

How to Choose Automation Tools for Desktop Application?

The options for automation tools are many and varied. Choosing something without paying close attention to it first can result in issues. Here are a few factors that one should consider while selecting the desktop test automation tool

Whether the Tool is Multipurpose

Although most tools are designed to be used just for that purpose, there are some exceptions. The ones worth looking at are the ones that are capable of operating under a range of systems and have support for multiple programming languages.

The Functionality of the Tool

The functionality of the automation tool is also worth considering. Demo and Trial versions are ideal to evaluate this aspect. Also, make sure to ask if the tool supports specific add-ons and plug-ins.

Another factor to consider is the technical requirements of the tool you choose. For example, some automation tools require an application server, and others don’t. Similarly, some support specific operating systems and do not cater to others.

Whether the Documentation is Comprehensive

Last but not least, you should take the level of documentation of the tool into account. This is an essential aspect as it indicates how easy it is to train someone in automotive software testing.

What are the Top Desktop Automation Tools?

While there are various tools available for desktop test automation, the following are a few of the most popular and highly-rated options. Please note that the list, by no means, is exhaustive and is just meant to provide a quick-glance reference.

As an open-source automation tool, AutoIt is extremely popular among programmers, web developers, and IT professionals alike. It’s a simple scripting language best suited for automation tasks as it facilitates seamless interaction with standard Windows controls – all while being extremely easy to learn and use.

ACCELQ employs AutoIT for Window-GUI automation. First off, the logic for interacting with the screen and other controls is implemented as a set of scripts. These scripts or the interactional logic can then be automated using AutoIT scripting.

Jubula is a free, open-source automation framework designed for GUI testing for Java and HTML applications as part of the Eclipse Technology Project. It provides an extensive range of functions, controls, and actions that make it perfect for automating virtually any application on the desktop.

This tool can also test applications based on Swing, RCP, SWT, etc., by adding in plug-ins. In turn, significantly boosts its versatility and test coverage.

Selenium-based, Winium is a profound automation framework that’s both easy to understand and convenient to use. The good thing is that it’s open-source. Moreover, you can train them using the programming language of your choice (multi-language support expedited).

Although Appium is a mobile automation tool, it serves pretty well when leveraged for desktop automation. There are dedicated Appium capabilities for Windows desktops. For that, however, the tool uses Microsoft’s WinAppDriver. Appium stands out for it’s familiarity with testers. This is because they have already used it for cross-functional testing.

All in all, the concept of desktop automation is not a new one. However, it’s high time to realize its importance. Implementing it will help get more and better results with greater efficiency, quality assurance, and testing coverage. This is especially relevant for organizations with a lot to lose if their applications break or malfunction. 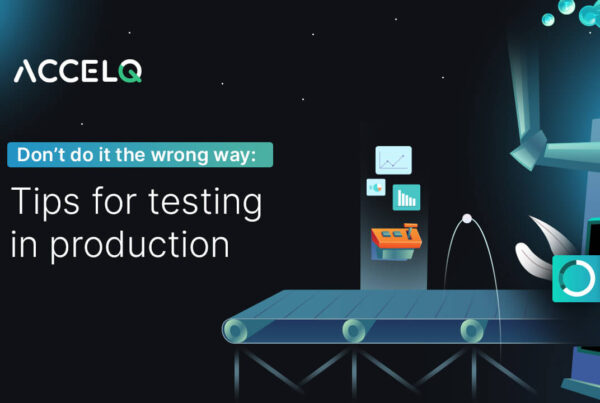 Here are some of the best practices for In-sprint automation to help enterprises realize their automation efficiency goals faster.
Geosley Andrades