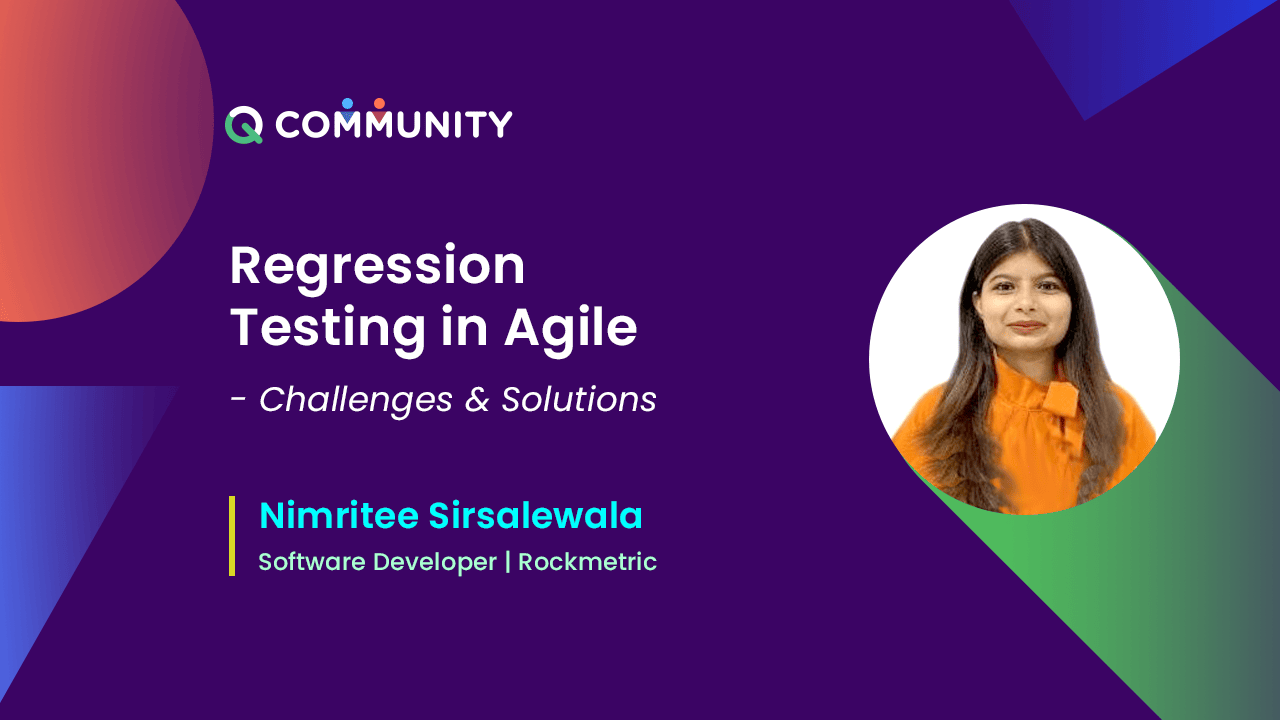 In today’s fast-paced world, most companies are looking for methods to reduce products time to market; in-house teams and testing companies are challenged more than ever. As a result, testing professionals need to form a solid approach for continuous testing to keep up with changes in requirements and prompt updates in the product’s operation. Regression testing in agile can help teams concentrate on new functionality and, at the same time, preserve stability at all stages of the product increment and updates. Teams use regression testing to make sure that tested software proceeds to perform well after every modification.

In this article, we will

There isn’t a single part of the software in reality that’s 100% bug-free. The developer makes changes that may include adding new features, bug fixes, performance issues, etc. While adding new features or fixing bug issues, we can land up creating new bugs, which may influence the performance and functionality of the existing tested software. Therefore, a specific level of functionality must be obtained and sustained through proper testing. This is the reason why regression testing comes into the picture.

Regression testing involves re-testing a portion of the software after the last changes or additions to assure that the product functionality was not changed in any negative way. If performed right, regression testing after every modification can help the teams find any critical bug if present.

Regression Testing in an Agile Context

Likewise, testing rounds are also assumed to be compressed to keep up with the development cycle. But in actuality, most of the time, it is not the case. Usually, only a few new features are developed; nonetheless, testing needs to be performed on all newly created and old features to unmask defects that may crop up with new features. With every new build, it is necessary to make sure that the new feature addition or development in the code hasn’t jeopardized the working of the existing workflow. We need to ensure that your user’s experience is only improved by new features and does not increase their work. Regression testing is all about this. We need to ensure that the old code complies with the new code and that the unchanged code remains consistent with every build.

A testing team should create the regression suite from the start of product development for flourishing regression testing in an agile environment. Then, they should proceed with building on its adjacent development sprints.

Points to keep in mind for Automated Regression Testing

Regression tests needs continuous repetition. All release cycles must incorporate this testing to assure newly developed features or modifications do not have anything broken. All the regressions tests are not the reason for a newly added feature or regular bug fixes. The other alternative reasons could be a new browser version, database updates, or other environmental changes. Another possible reason for regression could also be a performance or safety problem. When stable and repeatable regression cases are automated, manual testers can focus on testing various environments and merge complex issues.

Consider the following points when you plan a strategy for automating regression tests:

It is slightly hard to manage the 100% coverage of the regression test. Therefore, we should concentrate on covering about 60-80% of tests.

To create automated regression testing compelling, we need to perform testing after running all our manual test cases at least once.

There are two significant obstacles the team should be aware of that can set back automation efforts:

Agile projects are known to change quickly, so automation regression tests suites need to be maintained continuously to incorporate all modifications in the project and avoid obsolescence of test cases.

It is a test that communicates in case of a failure, even if the product does not have any issues. This could be because of various reasons like old test cases, timing issues, and other external causes. Other possible reasons may also be created because of poorly designed or poorly coded “flaky tests” that give varying results.

In an agile environment, the organization concentrates on the workflow designed for the sprint. Although the product team attends a particular product workflow, they should consider the risks that might have developed because of their changes to the complete system. A regression test will reveal all the regions influenced by the team’s recent changes across the code repository, pretending coverage is sufficient.

Regression tests should be executed soon after modifications are made; ideally, all the regression test cases suite should run automatically as part of the build process. Later, when the feedback comes in, the team would already execute the changes in different system areas.

Advantages of Regression Testing in Agile

Customers and managers at times propose excessive changes that wipe out entire iterations. Any automated regression test plan is at risk at this point.

The team needs to wait to use traditional test-last tools with the record or playback features until the functionality is ready. Therefore, conventional test automation cannot be practiced in an Agile environment.

Regression testing advances significantly after each sprint, up to the point where it’s no longer feasible to do it promptly. As a result, testers must make an effort to keep the testing at a manageable level by optimizing test cases regularly and eliminating out-of-date issues.

As the project advances, more specific testing talents are needed. This is true when performance and integration testing is involved. Hence, the team should have a specialized tester from the absolute start or at least have one in the company who can help out when needed.

The more test cases that we automate, the more you can check the condition of the current workflow. However, more automated test cases mean more maintenance. If we build test cases too loosely coupled according to the product functionality, they may relinquish even when issues persist. However, if they are too inflexible, they will need to be revised and modernized with every minor change to the system.

Before building that solution (strategy), we need to assemble some data beforehand.

Smoke and sanity testing come before regression testing and can save time for testing teams. Sanity testing is a walk-through of the fundamental functionality of the application before the added testing of a new release, which informally affirms that functionality is working as planned. We require a subset of test cases that test primary and core product workflows, such as register and login, and run very fast to carry out smoke testing.

We can use sanity tests and smoke tests to quickly evaluate if an application is too flawed to justify further testing, such as regression testing. It is better than running regression tests on a product that doesn’t load or allow login and start examining why hundreds or thousands of regression tests fail.

Incorporate the test cases that break most of the time.However, some sections in the application are so prone to error that they end up failing even after making a minor code change. We can keep track of those failing test cases throughout the product cycle and incorporate them in the regression test suite.

In a risk-based plan, a testing team chooses test cases that cover the application’s most affected areas by modifications in the project. They also arrange them according to priority. For example, regression tests concentrate on product areas with the highest observed risk of quality concerns.

Prioritize the test cases according to significant and generally used functionalities. When we select test cases depending on their priority, you can subdue the regression test suite, save resources time and make it feasible to run regression tests faster and more frequently.

Testers should interact with the business team to monitor changes in requirements and evaluate them. In addition, they should communicate with developers to understand which so they know the changes made during an iteration.

Regression testing in Agile is essential. But, to do it right, testers must concentrate on both the efficiency and speed of test cases. Without a solid plan, more problems and challenges may occur during an entire project. 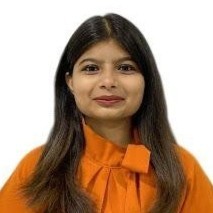 Nimritee works as a software developer. She is passionate about various technologies and upcoming tech trends. She is also always keen to explore unique aspects of web development & web testing. 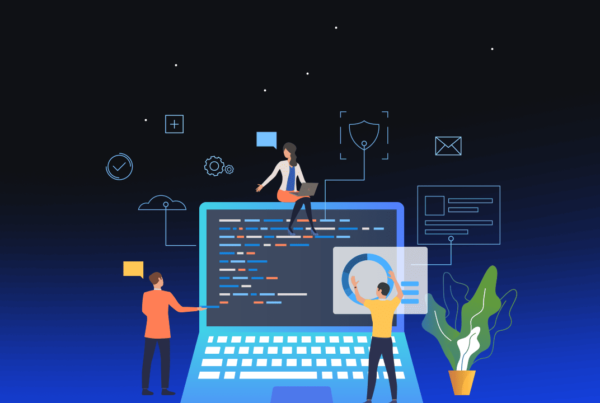 What is Exploratory Testing? Its Role in Agile Software Development

How relevant is exploratory testing to the Agile practice of software development? First, let us look at what it means. On its part, this software testing method is defined as…
Geosley Andrades 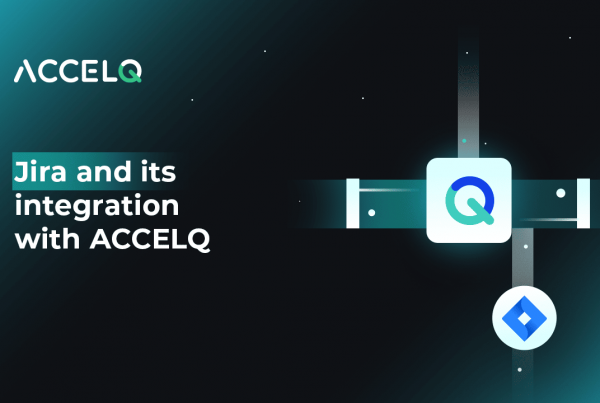 Jira And Its Integration With ACCELQ

As software projects get increasingly complex, Jira offers the ability to manage daily tasks with ease and efficiency. The tool allows teams to track issues and bugs in software, represent…
Yuvarani Elankumaran

What is Accessibility Testing? Why is it Important?

According to the World Health Organization (WHO), 15% of the global population (or approximately 1 billion people) suffer from some form of a physical disability that impacts how they interact…
Geosley Andrades